Yesterday's soup was gorgeous.In the end I used a starter of onion, celery and carrot plus some sweet potato, butternut squash and butterbeans with a little pot of chicken stock I found in the freezer, a stock pot and a bit of marigold bouillon powder (because I reckon the secret to a good soup is a tasty stock).  Seasonings were black pepper, a squidge of garlic puree and some chicken tikka spice mix.
I added a bit of water, cooked it all until soft and then zizzed it smooth.  Oh, my word! 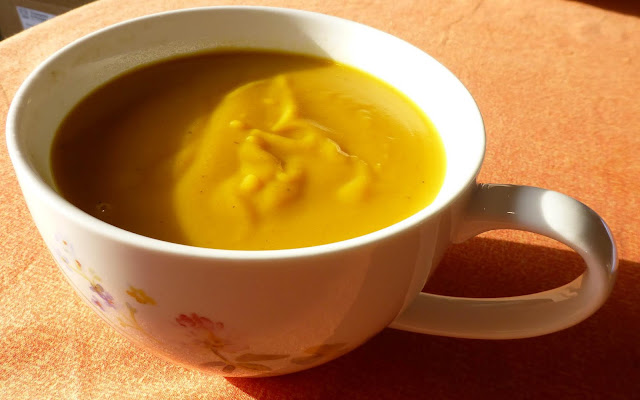 For dinner, I used the Pinch of Nom recipe for salt and pepper chips and extended to to make salt and pepper chicken and chips (which also had sweet potato, pepper and onion).  It was so good and there's a bit left over for a snack today. 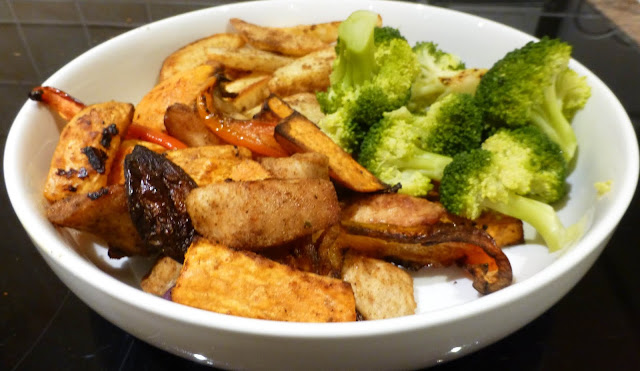 http://pinchofnom.com/recipes/syn-free-salt-and-pepper-chips-slimming-world/
Scroll down nearly to the bottom of the page for the actual recipe.


Today's totally-back-on-track plans are:
B:  breakfast roll with tomatoes on the side
That is a wholemeal roll with bacon and egg plus some fried tomatoes .  I will spray and fry the split roll because it's nicer that way, I think.
Would you believe the tomatoes are STILL from the garden and the bacon is, or was, reduced while the roll was YS, frozen straight away.
SW:  healthy extra B for the roll

L:  cheesy broccoli soup, apple
I shall make the soup with the usual soup starter and the stem of broccoli, diced, plus veg stock and the 'cheese' part will be up to 80g dairylea light
The dairylea will be the most expensive part of this soup and the broccoli stem is free.
SW:  the dairylea will be my healthy extra A

D:  Spanish cauliflower rice
A recipe I found and I have no idea how it will work out so fingers crossed, eh?  As usual, dinner is the more expensive meal but this one won't be too bad really.
SW:  4 Heck paprika sausages (instead of fatty chorizo) for one syn

S:  fresh or frozen fruit (of which I have loads now - yay), leftovers from yesterday's dinner.