Good morning, everyone.
It was another good day yesterday, thankfully.  I may not be losing the December weight quickly but I do feel I'm eating 'better' again after all the Christmas and New Year junk.
People say following SW is 'restrictive'!  Do you think my meals are restrictive?  I don't.  Yes, I can't have everything I might want to eat but that's not SW, that's wanting to get rid of the festive gain.  If you always do what you've always done, you'll always get what you've always got.  If you want change, then you have to make those changes happen!
In my weekly shop, I bought some lighter cheddar cheese, just to try it out, as you can have 40g for your healthy A rather than 30.  It's OK, I am happy to use up what I have bought, but I think I will stick with less of the proper stuff.
I haven't started using the oat milk yet.  It has a reasonable life span so that's not a problem.  Does anyone reading this use oat milk?  Do you like it? 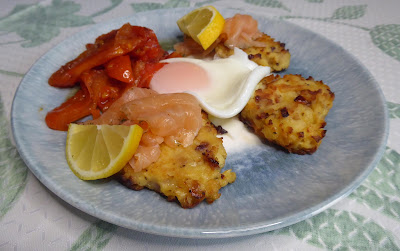 Breakfast and the last of the current batch of hash browns.  I'm going to make some more and this time bake them before freezing them, to see how that works.

Wish I could arrange food better.  It was lovely but it looks a bit of a mess.  :-) 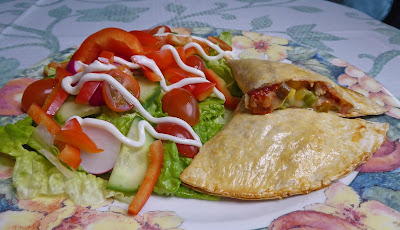 The 'calzone' was really tasty.  It asked for one tbsp passata and there was no way I was opening a carton of passata for one tbsp so I use tomato puree, a bit of bbq sauce and a splash of water and it was great!
Dessert was an orange and I had an apple at about five. 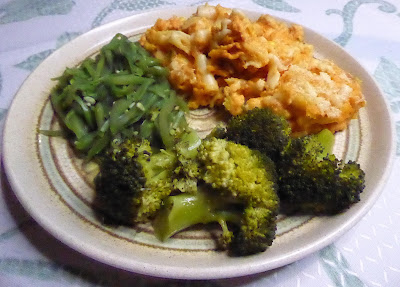 This really was an odd recipe but I was surprised how nice it was.  I have given up on proper cheese sauces that are SW friendly but this was a pleasant alternative and I enjoyed it very much.  There was a little bit of the corn, pepper, turkey and cheese filling left from lunch so I just tossed that in once it came out of the slow cooker and before it went into the oven to reheat with some grated cheese on top.   This definitely added something good to the mix and I'll do that again.
I can't locate the recipe which is on TikTok but it involves cooking and blending carrots, would you believe and I'll post separately about it at some point.
I finished off with yogurt.

Today's plans:
B:  coddled eggs, toast, tomatoes
Not really coddled eggs, more like baked eggs but I have a set of egg coddlers that used to belong to Mum and Dad and I thought I'd use them.  I will just put some chopped tomatoes and roasted red peppers in the bottom with some seasoning/herbs, add the egg and a bit of grated cheese, pop on the lid and put the coddlers in a pan with boiling water and into the oven.  Fingers crossed!
The toast is for dipping!
SW:  half a healthy extra B for one slice toast and half an A for 15g (or 20g depending on which I use) of grated cheese
L:  turkey and bacon open sandwich, side salad; fruit
I haven't had an open sandwich for ages!
I have turkey left from Sunday that really MUST be used up today and bacon always goes well with turkey.  I might blend some of the turkey with some mayo to use as a spread and shred some more to go on top of the bread.  A shame I don't have any gherkins - I'm not terribly fond of them but they would be nice in this context.  Maybe I will pop out and get some, not something I normally do, but they do keep, don't they?
SW:  I'm going to cheat a bit and call the Philly light I will use to make the meat paste half a healthy extra A.  The bread is the other half of my B choice.  One syn for some mayo and one and a half for some onion or tomato chutney.  The rest should all be free/speed.
D:  beef and apricot tagine, couscous, veg on the side; yogurt
I found this on the SW site and thought it looked really very tasty.  I had all the ingredients to hand apart from fresh mint (it also asked for leaf coriander but urgh!!!) - I even had some ras el hanout spice mix!
I made it in the slow cooker, ingredients halved to make two portions and it was enough for three portions.  No complaints there
SW:  half a syn for the spice mix and two syns for some dried apricots.  Also half a syn for the yogurt
E:  kettle exercises, personal training
Summary:
one healthy extra A
one healthy extra B
five syns
From the freezer:
bread
the tagine (made earlier and frozen)
Posted by Joy at 05:10:00